It's 1937, at the border between Haiti and the Dominican Republic. Pedro Brito, a Dominican union worker, is living with Adèle Benjamin, “The Haitian Negrita of Belladère”. Their life, and the lives of everyone on the border, is threatened by the Dominican dictator Rafael Leonidas Trujillo. Obsessed with expansion, and insane with desire to deafricanise his country, he launches Operation Haitian Heads.

How did the soldiers distinguish between Haitians and Dominicans? They made them pronounce the word “perejil”, parsley. Any pronunciation that varied even slightly from Dominican Spanish would be a death sentence… 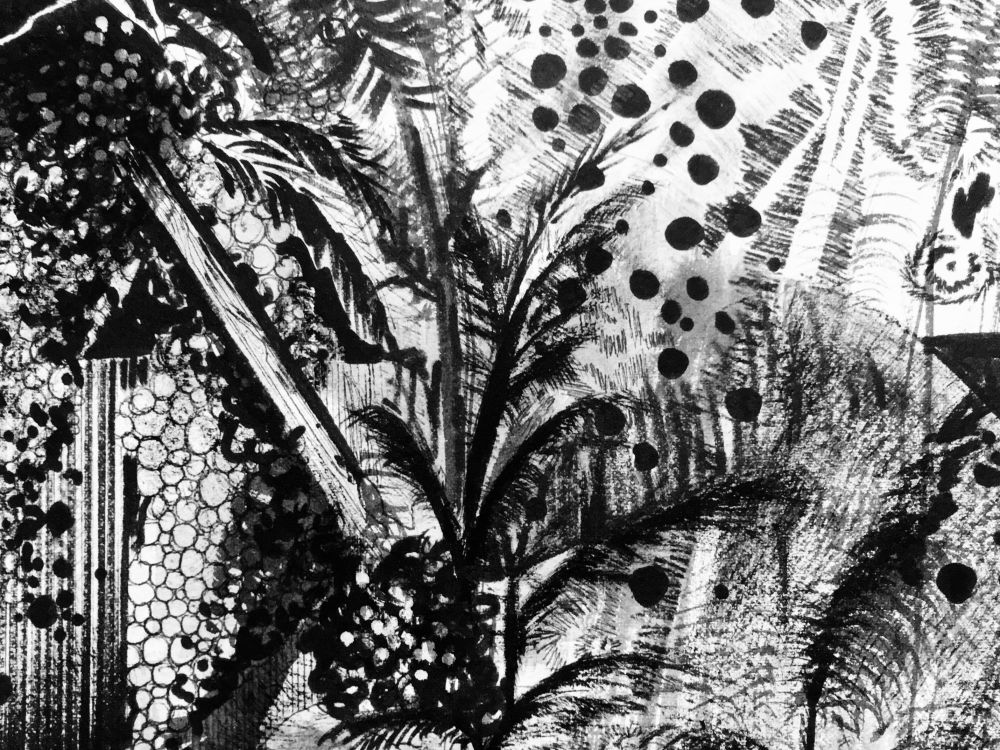 More about the author

René Philoctète was born in 1932 in Jérémie en Haiti. He died in 1995 in Port-au-Prince. He wrote novels, poetry collections and works of theatre. He is considered one of the most important poets of the 20th century in Haiti. He founded the Haitian Literary Group, which came to be a new creative space for artists.

He only left the island two times in his life. He spent 6 months in Quebec in 1966 and one week in Argentina in 1992. His writing denounced the abuses of political dictatorship. At the fall of the Duvalier regime, his text rang out like a battlecry, where writing is a tool, and language is the very fabric of creativity and freedom.

More about the illustrator

Chourouk Hriech is born in 1977 in France. She lives and works in Marseille. She graduated from the Fine Art School in Lyon, and participated in many solo and group shows.

"Chourouk Hriech draws in black and white. On the paper, on the walls, on the scale of the page or of the room, her drawings articulate, intertwine, clatter urban patterns. It looks like the city is falling out of its hinges, explodes, restructures itself like in a kaleidoscope. A new dynamic seems to seize it, to metamorphose, propel it into space. Chourouk's world reflects her desire of resistance and utopia." Christian Bernard

Le Peuple des terres mêlées, published in 1989, looks back to this barely known massacre. A massacre that literally cut off the voices of nearly 20,000 Haitians in just a few days, in the name of a “pure” Dominican nation. Beyond the madness of the dictatorship, Philoctète takes us to a country bursting with colour and life and gives a voice to the victims. Through the dance of sounds, colours and scents, this short story allows us to see, hear and feel the rich but turbulent life of those on the border.

Le Peuple des terres mêlées was initially published by Henri Deschamps publishing in Port-Au-Prince in 1989 and translated into English in 2008 (under the name Massacre River). CareOf Publishing republished it in digital format in 2018, with illustrations by Chourouk Hriech (chourouk-hriech.com).

Available soon on your tablets, e-readers, smartphones and computers.